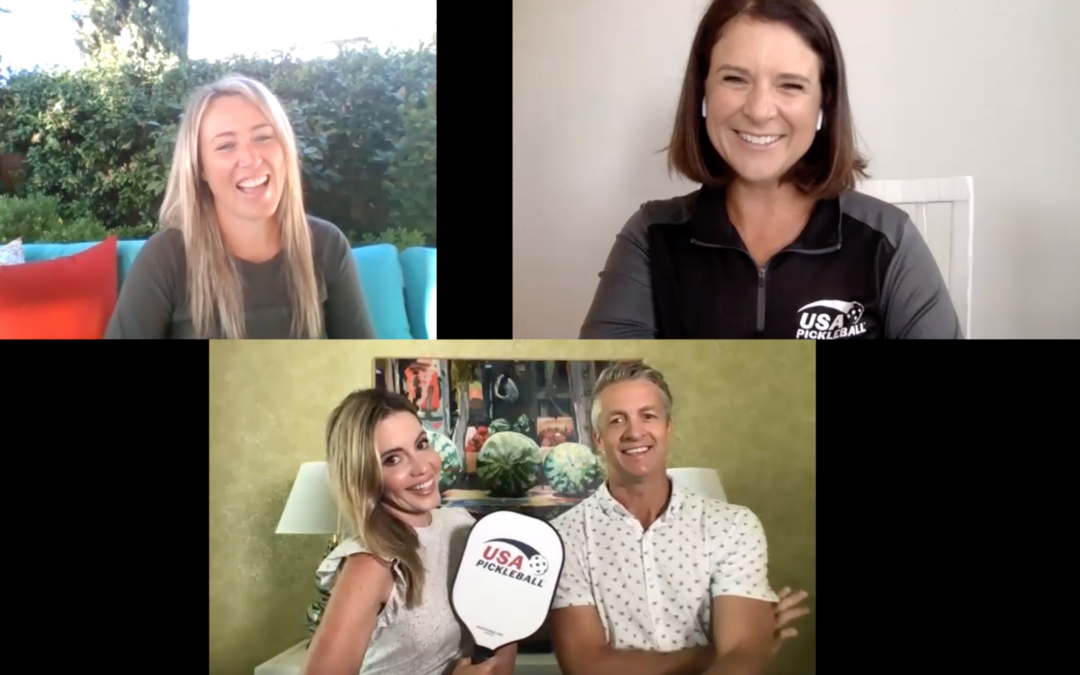 Earlier in June, USA Pickleball caught a glimpse of The Holderness Family, internet famous for the creating original songs and parodies, as they were filming on a pickleball court. We were ecstatic at the thought that pickleball would be in one of their upcoming songs! We needed to know what they were up to and if we could help out, so we reached out to their producer and the info we received was that they were in fact working on a pickleball video and including pros, Michelle Esquivel, Ben Johns and Tyson McGuffin in the lyrics of their song.

We jumped in to help and the talented Steve Taylor, at Digital Spatula, provided professional pictures of these pros in action to include in the video, and we patiently waited to see what hilarious song was to come about pickleball.

“The Pickleball Song” was released on June 21st and immediately pickleball fans were sharing the video across their personal social media channels, within Facebook pickleball groups and online forums, laughing at comedic song and texting our beloved pros that they were internet famous!

Watch the full interview featuring Kim and Penn Holderness, Michelle Esquivel and Laura Vossberg Gainor of USA Pickleball to check out what other surprises we gave to the family to help them with their pickleball game!

Soon The Holderness Family will be sporting protective eyewear from RIA Eyewear, thanks to Michelle’s safety tip.