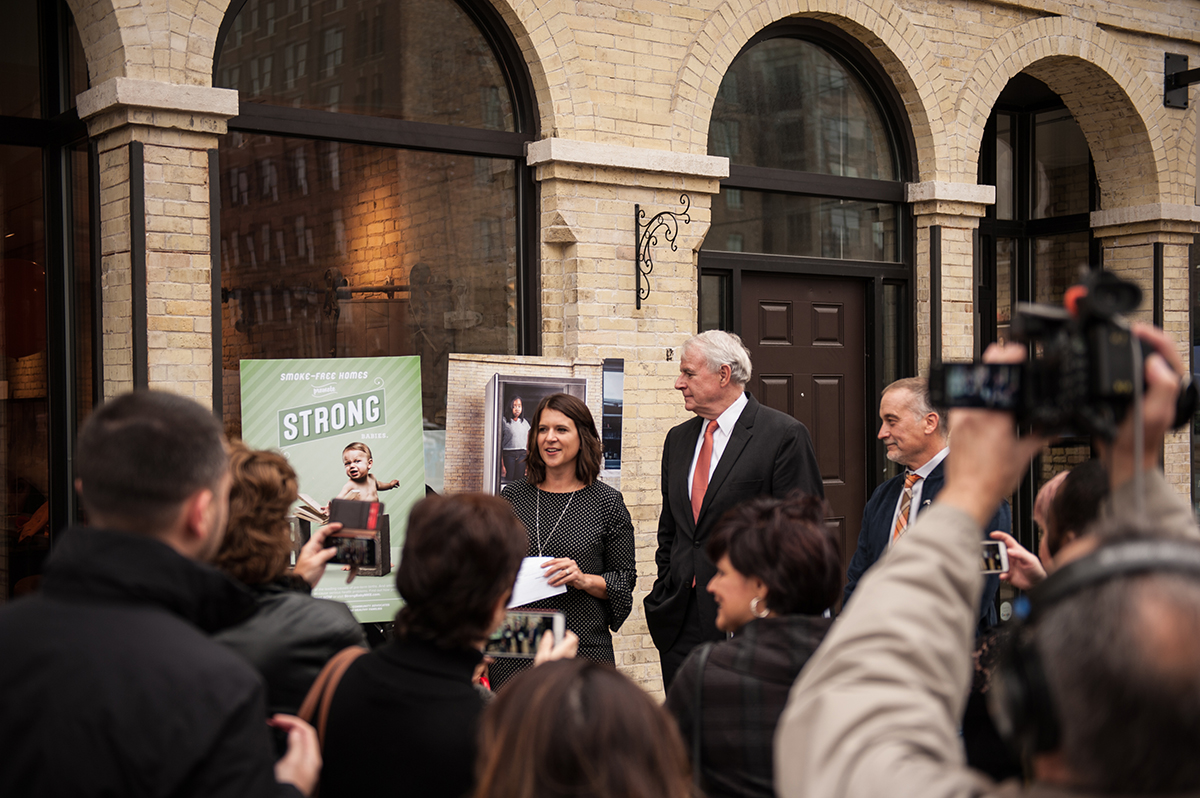 The agency’s most notable work has been centered on some of Milwaukee’s most critical issues ranging from teen pregnancy, human trafficking, co-sleeping, shaken baby syndrome and more.

“We are fortunate that Serve and its community of volunteers create real, measurable change around our community’s most pressing issues,” said Milwaukee Mayor Tom Barrett. “Because of the agency’s captivating work, more Milwaukee teens have a future that does not include becoming a parent too young, and families in Milwaukee are proud to call their babies Strong Babies. This work is helping us change health outcomes for generations, and for that, the city of Milwaukee is enormously grateful.”

Recognized by national media like Adweek, Time, Newsweek and Huffington Post, Serve has produced award-winning work and impressive results for nonprofits across the nation:

Gary Mueller, founder of Serve Marketing, is also the agency’s Volunteer Creative Director and Managing Partner at BVK, a Top-25 independent advertising agency located in Milwaukee. His career has earned him international advertising awards and recognition, but he says it’s his work with Serve that makes him most proud. In recognition for his outstanding work and unwavering commitment to community causes, the city of Milwaukee has declared November 15 “Gary Mueller Day,” marking the 15th anniversary of Serve Marketing.

“Telling a cause’s story creatively and viscerally is the most important thing a non-profit can do,” said Gary Mueller. “In fact, it’s irresponsible to do anything less. I think it’s our obligation as ad people to help amplify the voice of these non-profit causes that too often go unheard due to limited resources and funding. We can make a real difference in the community.”

In 2018, Serve and its volunteers will be working with the Milwaukee Health Department and United Way on its ongoing infant mortality campaign, as well as teen pregnancy prevention and STD awareness, a foster care recruitment campaign for CCYF, social media and event promotions for Milwaukee-based Guitars4Vets, and continuing to increase human trafficking awareness and education in Milwaukee through campaigns with Lacey’s Hope and Exploit No More organizations.

For more information about Serve Marketing and its work, visit www.servemarketing.org.

Serve Marketing is the country’s only, all-volunteer, nonprofit advertising agency, whose mission is to give underserved charitable causes a stronger voice in the community. Founded by Milwaukee ad man, Gary Mueller in 2002, Serve volunteers have created behavior-changing public service campaigns for over 100 local and national nonprofits on issues ranging from teen homelessness, domestic violence and human trafficking to teen pregnancy, STD prevention and infant mortality. Causes that aren’t hot. That aren’t sexy. And that don’t have a lot of money. Serve’s provocative brand of work is sometimes controversial, but it gets people to notice and talk about these silent causes, which leads to an increase in awareness, volunteerism and funding. To date, Serve has donated over $18 million of in-kind creative, media, web, PR, print and broadcast production and strategic planning services to non-profits.