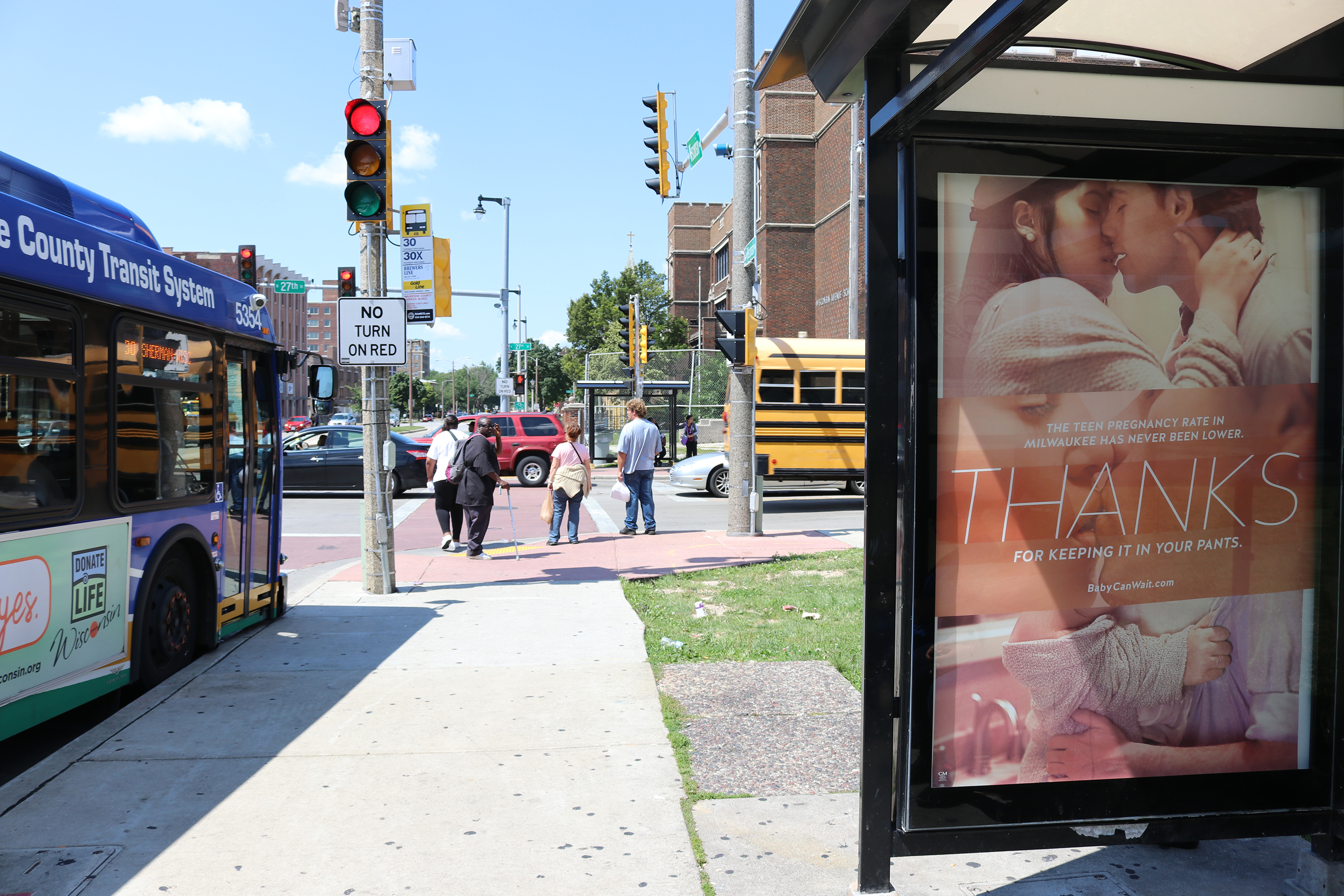 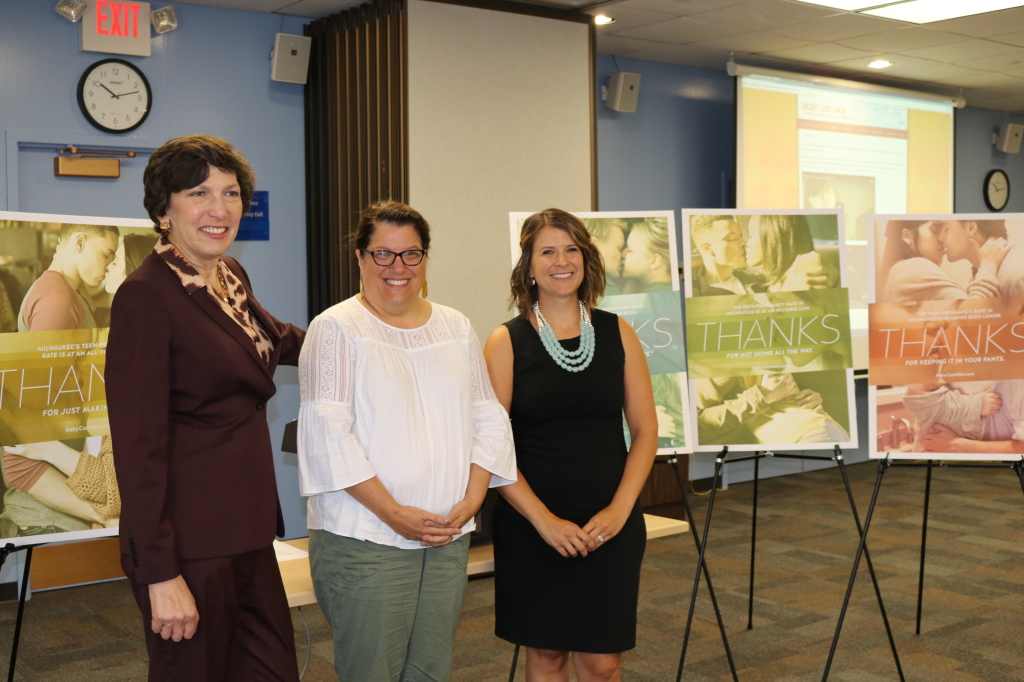 MILWAUKEE (Aug. 8, 2017) – The City of Milwaukee’s birthrate for girls 15 to 17 years old is the lowest it’s ever been—and now officials want to say thanks. The United Way of Greater Milwaukee & Waukesha County and Serve Marketing will launch a public advocacy campaign today thanking the community for its support in helping to lower this critical statistic.

City of Milwaukee Health Department Commissioner Bevan Baker will be joined by United Way of Greater Milwaukee & Waukesha County Vice President Nicole Angresano as well as Serve Marketing to launch its ‘Thank You’ campaign, reflect on how much progress has been made in the effort against teen pregnancy and look ahead to what more can be done.

“For several years, we have celebrated the success of this initiative.  But until now, I don’t think we’ve given enough credit to the real stars—the young people who, when given accurate information, when supported and listened to, have made better decisions and taken ownership over their futures,” said Nicole Angresano, Vice President of United Way of Greater Milwaukee & Waukesha County. 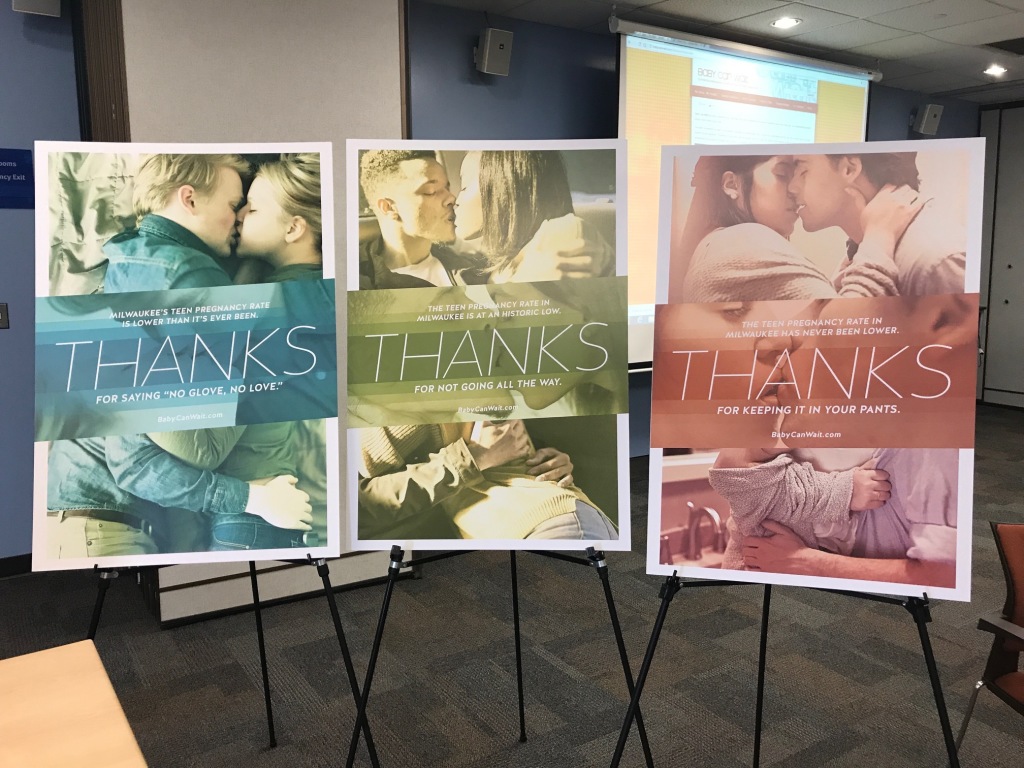 According to the Milwaukee Health Department, the city’s birthrate for girls 15 to 17 years old—a key measure of teen pregnancy rates—is the lowest it’s ever been and continues to plunge, now reaching a historic low. The decrease was seen across various social groups and has declined 65 percent since 2006.

The community initiative to curb teen pregnancy began in 2008, when Milwaukee’s teen birthrate was second only to Philadelphia among the nation’s largest cities. The goal was to then reduce Milwaukee’s teen birthrate to 30 births per 1,000 by 2015; the city met that goal in 2012. While the city’s population of girls between the ages of 15 to 17 increased by 10 percent from 2014 to 2015, the number of births declined from 279 to 233, the lowest number of births on record.

Highlighting that 1 in 4 teens will become pregnant by age 20, this new public advocacy campaign stresses that it is important to know that most teens have a choice in whether or not they want to protect themselves from pregnancy. The ‘Thank You’ campaign from Serve honors those teens for abstaining from sex and includes the website www.BabyCanWait.com to educate teens on pregnancy and start conversations earlier by reaching teens before they become sexually active.

The website features an interactive challenge, where an adventure pits you against the pressures of being a teen. The website also includes resources to help teens find a clinic, discuss sexual rights and information on sex and consent.

“What better way is there to celebrate the teen pregnancy rate being an at all-time low, than honoring the teens that made it happen?” said Gary Mueller, Founder of Serve Marketing. “We wanted to create a campaign that had a positive message, while still having enough shock value to ensure the message would stop teens in their tracks and be sharable. We hope this campaign will reinforce also that not all teens are having sex and if they are it’s protected sex.”

In addition to the website, bus shelters, 30-second television and digital pre-roll videos, and an extensive social media campaign have been created to highlight that Milwaukee’s teen pregnancy rate is at an all-time low. 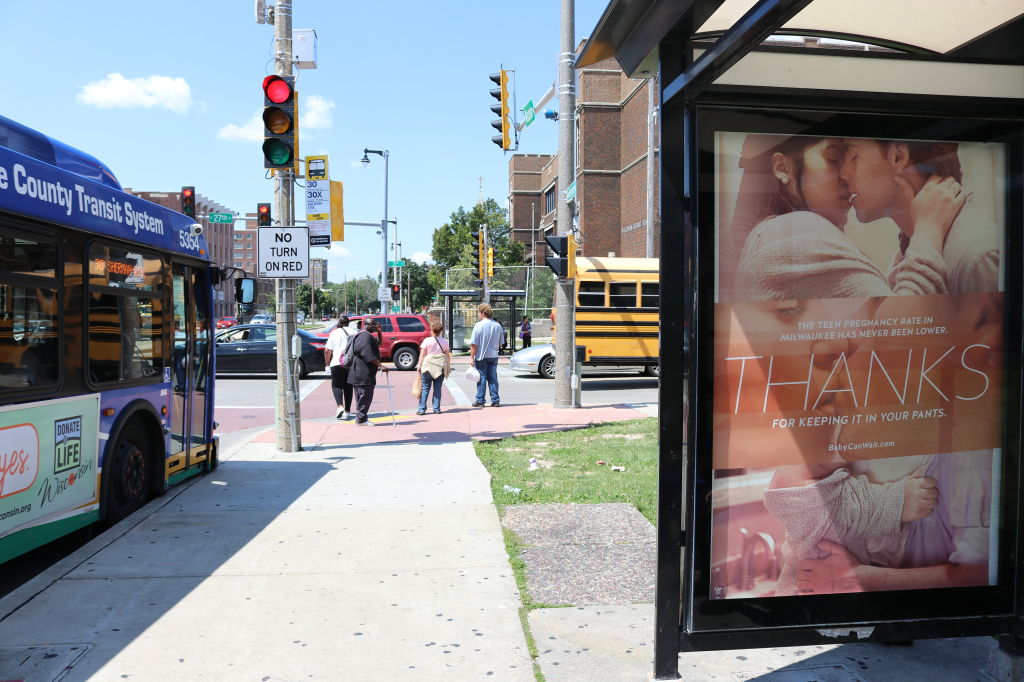 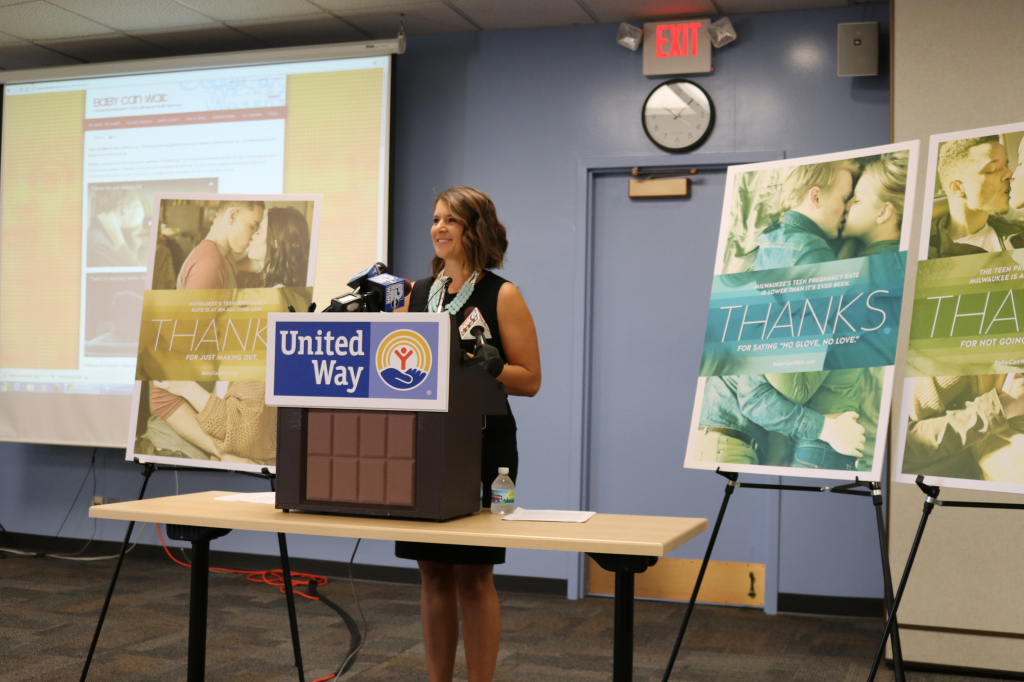 Serve is the country’s only all-volunteer, nonprofit advertising agency whose mission is to give under-served charitable causes a stronger voice in the community. Founded by Milwaukee ad man Gary Mueller in 2002, Serve volunteers have created behavior-changing public service campaigns for over 50 local and national non-profits on issues ranging from teen homelessness, child sexual abuse and shaken baby syndrome to teen pregnancy, brain injury and statutory rape. Causes that aren’t hot. That aren’t sexy. And that don’t have a lot of money. Serve’s provocative brand of work is sometimes controversial, but it gets people to notice and talk about these silent causes, which leads to an increase in awareness, volunteerism and funding. To date, Serve has donated over $15 million of in-kind creative, media, web, public relations, print and broadcast production and strategic planning services to non-profits. Through its educational seminars, podcasts and Small Servings program, Serve has also helped educate thousands more non-profits on the importance of public service marketing. For more information, visit www.servemarketing.org.

United Way brings together partners from business, education, government, faith-based, and nonprofit organizations to work toward common goals, resulting in a better quality of life for all. Through donations to the Community Fund, United Way drives lasting change by strategically focusing on the areas of health, education, and financial stability. In addition to their focus areas, United Way invests in many community-wide initiatives. United Way is an independently-governed 501(c)3 nonprofit organization connected to a network of more than 1,400 local United Ways through United Way Worldwide.